It’s early on this Sunday morning. Haven’t posted in weeks (0603). Plenty of essay candidates…but none of them compelling enough for me to want to open up the laptop. I know it to be so because just now, I had to stop and really think about what my password was. Too long.
But wrong? No. I remembered.
If you’ve ever darkened this space before, you’ve heard me call blogging a fickle mistress. But that was before. What about after?
Me not writing has given me occasional pause over the past few weeks. It’s not my ‘normal’. Perplexing? Sure…a little. But it honestly hasn’t freaked me out nor does it ring like writers block or even a matter of not having enough hours in a day to get everything done. Whatever the reason, writing (much less posting) just hasn’t registered as that big of a deal.
Since long before I ever posted here, writing has been my trail to get past me and down to the truer version of same.
To be sure, blogging has its own host of disciplines, but for me, the value-added benefits come after the writing is done.
Asking another way, what’s the point in journaling if our thoughts never see the light of day? Posting changes the proposition because now, my insides have the chance of looking back up at both of us from what had been a flat impartial piece of emotionless paper. The whole exchange can tell us things. Besides, I think it’s cool to think of posting as a way of letting you read over my shoulder.
In an ironic parallel, this coming week sees me going back for a different kind of flat emotionless picture…more CAT scans. Now that the latest rounds of chemo and radiation are behind me, it’s time to compare the ‘before’ and ‘after’ pics so we can all gauge the difference(s).
As I read back what I’ve written today, I wonder if the real power of looking at the ‘after’ doesn’t source out of finally knowing (if only for a little while) what needs to come next. And that fellow pilgrim, is much better than it was before. 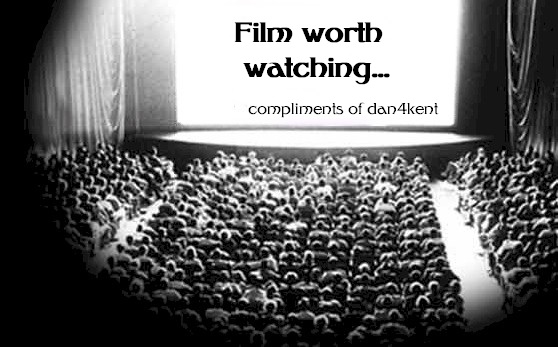 BEFORE – Our Souls at Night (2017) has been out awhile and maybe I’m the only one in the Country who hadn’t caught Kent Haruf’s novel or the flick. But now that I have? Wow! A master class in story telling. A really great piece of writing on its own merits, it may be some of Redford and Fonda’s best work. I heartily recommend it for your viewing pleasure.

AFTER – Victoria & Abdul has been out awhile on Netflix and Red Box, but I caught it last night on HBO. Another great story, based on true events the House of Windsor had sought to scrub since the days of . Love it when I learn new things I didn’t know while I’m being entertained. Always a win-win. Catch it if you have the opportunity.

I’ve slotted a before and after (or sorts) into this mornings juke box. One is an old friend while the second is a new one I’ll be seeing in concert this coming September. So cool.

BEFORE – The highlight of house-sitting as a teen was knowing I’d be able to watch Sound Stage without being detected like I’d be if I were tuning in from home. Not only did I have a few shirts like the ones Three Dog Night are sporting, I remember this performance. Great lyric. Always looking for the road to Shambala.

AFTER – First spotted Calum Scott on Britain’s Got Talent. Something about the timbre in his voice just gets me the right way. Having Leona Lewis on-board only underlines what was already resonating in my bones. Enjoy.

Born and raised in the Midwest, Dan lives in the Chicagoland area. With a grown son from a previous marriage, he has since built a committed relationship of 33 years with his partner Rick, the Love of his Life. Having written his whole life, he blogged for years because he has to write…he can’t help it. Know the feeling? There’s ‘good‘ to be found in all of it. “If all I do is leave someone (or something) better than I found them, then I’ve done my part. Thanks for letting me grace your screen, if only for a little while.”
View all posts by dan4kent →
This entry was posted in Life, Life Lessons and tagged Before and After, Blogging, muse. Bookmark the permalink.

6 Responses to BEFORE MUSE AFTER