For months now, Yoda’s been watching me from his place on my desk. A little snarly at 4AM (and before I’ve had my coffee), I’d sit down and study before work. “Yeah, yeah, I know. ‘…Try not. Do, or do not. There is no try.’”

Am feeling a lot of things this afternoon as I take my place in front of a blank piece of paper. I’ve missed writing you. But down deep, I know stepping into the months of self-imposed radio silence was the right move.

On Friday, I sat for the credential exam I’ve been working towards for over a year. Sitting in the Test Room, my mouse finger hovered over the BEGIN EXAM button.

No more study. Drills were over. No hiding. Do.

The realization, cold and damp, made me feel not good naked and very alone.

But as soon as I detected Doubt slinking in, I turned the table. I put myself outside early on a perfect summer morning. I could feel my feet walking towards the service line with my favorite racquet. I could hear the sound of me bouncing the tennis ball three times – never more, never less. I glanced across the net towards my opponent. Now back in the Test Room, I bowed my head, took a few deep breaths…ball toss. I clicked the button.

Hours later, I came to another button. This one said END EXAM. Even though I’d done everything I’d known to do to prepare, the test had wiped my @&$ all over the court. After all the work, it came down to this. Glancing at the test timer, it said I had 7-minutes left. What do you do in 7-minutes?

In that moment, I heard my Uncle Paul’s voice, “You use them.” 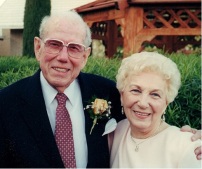 With that, I began randomly pulling up different questions, gut-checking my responses. Do I stand by the answer or do I change it? In those last minutes, I felt such a strange mixture of peace and resignation. I had done all I could. I had nothing left. Now we find out if the study plan was brilliant or just sucking wreckage of a cruel self-deception. 1-Minute ticked on the screens’ clock. 54-seconds and counting. Another deep breath and I hit the button. Done.

Now it was the computer’s turn to take its’ time in scoring my efforts…minutes dragged by…here goes. This can’t be good.

“What?” The test monitor lady shushed me. “Sorry”, but I was staring at the screen, ‘Congratulations. You have successfully passed your examination’.

I honestly don’t remember making my way back out to the car. Sitting there, I felt myself choking up a little realizing it was done. I’d finished what I’d started and it was not found to be lacking.

The little kid me looked at me in the rear view mirror and grinned. I knew it to be true. So do you in those moments when you catch a glimpse of the little kid that was always the best part of you.

Paraphrasing Zig Ziglar, what you get in taking the trip doesn’t hold a candle to what you become in the process. Remember that this week.

With all the noise out of Washington DC this week, I look to the People as my best hope that we’ll all be fine in the end. For the Reader much younger than I am, know that we’ve been to the precipice before. We have always pulled through in the end. It’s what We the People do. Do. No try.

Here’s a track from 1967 that could have been written this morning.

FOR WHAT IT’S WORTH (BUFFALO SPRINGFIELD)

“Long before the Dark Knight trilogy, Batman was a 1960s TV phenomenon, and it simply wouldn’t have been the same without actor Adam West, who played the iconic role of Bruce Wayne. Today, we remember West and his contributions to both TV and film, as he passed last night at the age of 88.

According to Variety, West died on Friday [in Los Angeles] after battling with leukemia. Though best-known for his time as Batman, West played roles in many movies, as well as doing voice work on popular shows like The Simpsons and Family Guy.

“Our dad always saw himself as The Bright Knight, and aspired to make a positive impact on his fans’ lives. He was and always will be our hero,” West’s family said in a statement, according to Variety.”

Other sources reference West having died peacefully surrounded by his family and is survived by his wife Marcelle, six children, five grandchildren and two great-grandchildren.

Sleep well Mr. West. We in Gotham can take it from here…

Yoda on Dan’s Desk by dan4kent; Read more of Yoda’s wisdom at http://www.top10-best.com/y/top_10_best_yoda_quotes.html#Jh3qAAfh8DDkdqsb.99; Uncle Paul and Alice on their wedding day (taken by my dad) – may they all RIP; Closing Pic: Exhausted Tennis Player at the Net (SOURCE): http://olympicssportsnews.blogspot.com/

Born and raised in the Midwest, Dan lives in the Chicagoland area. With a grown son from a previous marriage, he has since built a committed relationship of 33 years with his partner Rick, the Love of his Life. Having written his whole life, he blogged for years because he has to write…he can’t help it. Know the feeling? There’s ‘good‘ to be found in all of it. “If all I do is leave someone (or something) better than I found them, then I’ve done my part. Thanks for letting me grace your screen, if only for a little while.”
View all posts by dan4kent →
This entry was posted in Inspiration, Life Lessons and tagged Goals, Persist, test, Yoda. Bookmark the permalink.