When I was a young man-about-town, Friday night meant going out, cruising around and generally raising a little hell. Now, the joy of a Friday night is NOT setting the alarm for 5:18 the next morning. The gift to myself in my own ritual is the freedom to wake up when I wake up.

That being said, it’s a little after 5AM on a Saturday and I woke up anyway with an essay in my mind’s eye. Time to write.

A few random thoughts on myths.

Closure. It is a myth. Unlike Santa Claus and the Easter Bunny, it does not exist.

Same thing for Honey Ham. Now that lunch meat manufacturers have woke up to having resealable packages, why don’t they ever reseal? The bag will zip, but it rarely locks the first time…or the third. They just don’t. Frozen veggies or hot-dogs, the resealable bag is a myth.

The Chicago Cubs in a World Series? For decades, it was only myth. And last night in Wrigley Field, they lost Game Three last night lost Game Four. Crashing prospects in a myth never realized or simply a myth-ed opportunity? Swing batter, batter. Swi-i-i-ng!

Beyond the post-season, we Chicagoans really only have two other seasons – Winter and Road Construction. The myth is the soon-to-be completed expressway will get us to our destinations expressly – quick. This is the hope I, and my fellow motorists are asked to cling to as we sit in bumper-to-bumper traffic waiting for the dump truck driver to climb back into his vehicle. 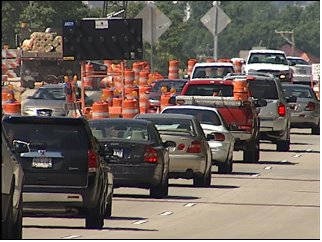 What is the magic in a myth anyway? Specifically, I wonder if it’s how we project Hope into our Futures by citing sentiments from the Past. No one gets fired for Hoping. Hope is free and essential to our mental health, but there are prices and no one rides without paying a fare.

Lately we’ve heard a lot of talk about keeping jobs here in the States. But whether a company leaves town or simply goes out of business, it still feels like a death. Our sense of control is thrown out the window. And like lane closures, there is pain on all sides. The old lane (or loved one) is no longer open to us with seemingly little choice but to be in the lane we’ve been funneled into. What’s a body to do?

I’ve said it before. I know how much I don’t know and that may be the seed of what little wisdom I have, but I have internalized a few of the mechanisms wise people have taught me along the way which have proven essential in learning to cope (and heal) when I’ve been hurt, tossed out, shunned or otherwise maligned. Like you, I have sobbed uncontrollably at the death of a loved one. I am not alone in having sat in stunned silence while someone across the table drops bad news that threatens the status-quo of me and my Household. “It’s not fair…”

No, Buttercup. It’s not.

But do yourself a favor. I implore you to not buy into the analgesic pop culture myth that the only way to go on is to put on a stiff upper lip for those around you while you are crumbling on the inside. Wrong. Spin again.

And another thing, dispatch the dueling thoughts from your thinking that you’ll somehow forget the good when in the same breath, you are just as surely asking for the sadness to just go away. Stabbing pain and sorrow do ebb, but memory does not retreat quietly into the Night. I think the real chore here is consciously choosing to not let the pain (whatever it is) define you. You, my friend are the one gifted with the responsibility of being the Definer. In the process of learning how to cope, we are not lessened. In truth, our emotional tool box gets more. Each time I’ve rejected myth and instead, defined – even when I thought I couldn’t at the time – I’ve ultimately ended up better equipped to help myself (or someone else) the next time.

So much for the larger theory. Here are a few ‘brass-tack’ checkpoints I’ve uncovered during my walk here on this spinning rock we call Home. But in the spirit of full disclosure, let me reiterate. These steps weren’t mine to begin with. I received them from others; made them my own and now, I pass them on to you. If they help, great! If not, you have my full blessing to line the bottom of your bird cage with them. Like I said, you are the Definer. The choice is yours.

Take responsibility for yourself. Whatever “it is” may not have had anything to do with you. Maybe it did. Either way, the point here is when the airplane cabin depressurizes and the oxygen masks drop…put yours on first. Your place in the larger order of things is not helped if you’ve passed out. 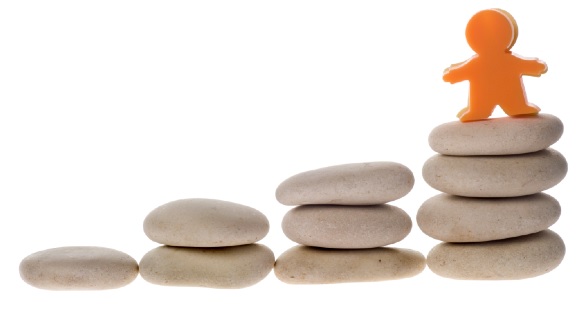 First step – Grieve the Loss. No time-lines here folks. Some peoples’ grief can take 6-weeks. Other losses stay with you for the rest of your life. The goal is to use grief to honor, not to dwell..

Second step – Gather your Strengths – Make a list of what you do well; find the core nugget inside compliments others have paid you over the years. What is it that you do that makes you forget about what time it is? Write them down as if they are your own personal declaration of independence.

Third step – Make a Plan for the immediate future. Do something…anything, but move. Commit to yourself and the Cosmos will join with you in providing what you’ve claimed. I know it shows my Tao-ish tendencies, but it’s true. If it makes you feel any better, I believe it and still get surprised at how unfailing the magic of it is.

And the fourth step – Create a Ritual. My not setting the alarm clock may not seem much of a ritual, but it’s mine. It is me, setting a moment in which to receive my gift. 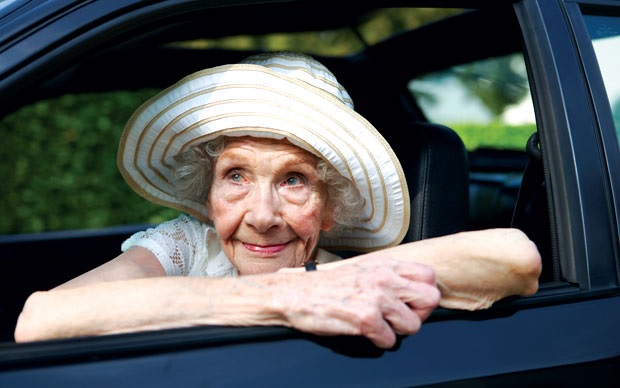 I have a remarkable friend who is in her 80’s. While she has made her own good life over the past 20-years since her husband and one of her kids died in a car wreck, once a year, she lights a candle on her kitchen table and writes each one a love note. She told me that after a few moments of silence, she reads her notes out loud. That’s it. No brass bands, but it’s her way of keeping her heart in order. Brilliant.

I’m begging you. Don’t buy into the psycho-babble seemingly intent on insulating us from ever feeling pain. There is no closure. There is only history, today and tomorrow. My ever present challenge is to not let today slide by in such a way that when I read my ‘history’ tomorrow, I’ll have wished I made different choices. To me, that is the quintessential definition of a myth-ed opportunity.

PS: Kathy – got your back. To Fred and your story idea? I’m percolating. Coffee will be ready soon… 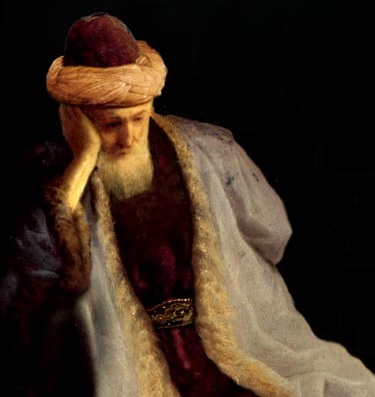 with your one rose

you can buy hundreds of rose gardens?

get a whole wilderness?

For one weak breath,

of being absorbed in the ground,

or drawn up by the air.

and drops into the ocean,

where it came from.

It no longer has the form it had,

The essence is the same.

This giving up is not a repenting.

It’s a deep honoring of yourself.

When the ocean comes to you as a lover,

marry at once, quickly,

Existence has no better gift.

No amount of searching

A perfect falcon, for no reason

has landed on your shoulder,

Rumi (30 September 1207 – 17 December 1273), was a 13th-century Persian poet, jurist, Islamic scholar, theologian, and Sufi mystic. Rumi’s influence transcends national borders and ethnic divisions: Iranians, Tajiks, Turks, Greeks, Pashtuns, other Central Asian Muslims, and the Muslims of South Asia have greatly appreciated his spiritual legacy for the past seven centuries. His poems have been widely translated into many of the world’s languages and transposed into various formats. Rumi has been described as the “most popular poet” and the “best selling poet” in the United States. [SOURCE: https://en.wikipedia.org/wiki/Rumi#Poetic_works] PIC: Rumi: On Religion, Evoloution and Science: http://spiritualnotreligious.blogspot.com/2011/05/rumi-on-religion-evoloution-and-science.html.

The Chicago broadcasting legend spent more than 7 decades on the air, working for 11 different stations.

…Born Oct. 5, 1928, in Chicago, Kent — who also was known as “The Cool Gent,” “King of the Dusties” and the “Mayor of Bronzeville” — began his radio career at WBEZ-FM in 1944 at the age of 16, according to the Chicago Tribune. Over his 72-year career, he worked for 11 stations around the area, including WMAQ-AM and WVON-AM, the report stated…Kent grew up in the Ida B. Wells housing project in Bronzeville and went to Hyde Park High School. He also has a street named after him, Herb Kent Drive, on the South Side, and taught at Chicago State University.

As a DJ, Kent is credited with putting acts such as Smokey Robinson, Minnie Riperton, The Temptations and Curtis Mayfield on the musical map, and he also helped “Soul Train” host Don Cornelius launch his broadcasting career, the Tribune reports. Kent — named the longest running DJ in radio history by the Guinness Book of World Records in 2009 — was inducted into the National Radio Hall of Fame in 1995 and the Rhythm & Blues Hall of Fame in August, the report added.

“I’m proud and humbled by the many accolades over the years,” Kent said in a 2015 interview with the “Soul Train” website. “Each time I drive by Hyde Park high school and see the street (previously Stony Island) named in my honor and the street in Bronzeville, I know that all my ups and downs during my life have not been in vain. … I’m humbled.”

Fans and admirers of Kent expressed their sadness and sympathy Sunday at hearing about the radio legend’s passing.”

On a personal note, Thank you Mr. Kent. You’ve gone on to where all cool cats go. Heaven’s dance party just got a new DJ. Well done, sir.

Born and raised in the Midwest, Dan lives in the Chicagoland area. With a grown son from a previous marriage, he has since built a committed relationship of 33 years with his partner Rick, the Love of his Life. Having written his whole life, he blogged for years because he has to write…he can’t help it. Know the feeling? There’s ‘good‘ to be found in all of it. “If all I do is leave someone (or something) better than I found them, then I’ve done my part. Thanks for letting me grace your screen, if only for a little while.”
View all posts by dan4kent →
This entry was posted in Life, Life Lessons and tagged closure, herb kent, Love, myth. Bookmark the permalink.