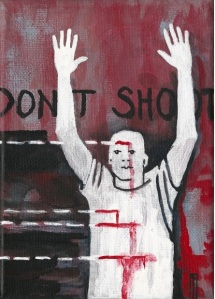 Something terribly wrong is moving through our landscape. Shooting first has never been a good strategy, yet in Ferguson, Cleveland, Salt Lake, New York City and all across our good Country, Citizens are dying at the hands of some of the very people who have sworn to protect us. I am numb. Where has my America gone? Or maybe the better question is, ‘Who are these people and where were we when they were told they could use tax dollars to take it from us?’
We, the People say differently in hundreds of different kinds of ways.  Permit me to introduce Josh to you. I don’t think I’ve ever reblogged anyone before, but what he’s done in his recent post spoke to my pain and articulated my fury.

Though I am sad this week, I am not weak. Neither are you.  I leave you with the idea that simple prayers become reality.  I’m calling on the hope of Bobby Kennedy, the patience of Martin Luther King and the wisdom of Mahatma Gandhi to grace each of us this week. And I’m calling on you.  We can do this.  It is our time to stand and be counted. 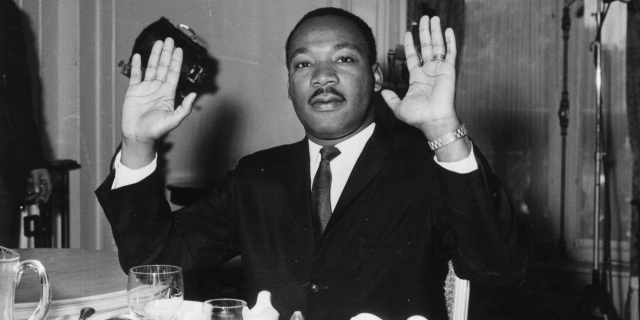 WARNING: I’m going to talk politics, civil rights, racism, police brutality, abuse of power, abuse of power under color of authority, murder, First Amendment, and personal freedom in this post. If you don’t like it. Don’t read it.

GRAPHIC IMAGE! African-American Teenager Michael Brown Killed by Caucasian Police Officer in Ferguson, Missouri. (Do you think this image should be censored on CNN?) 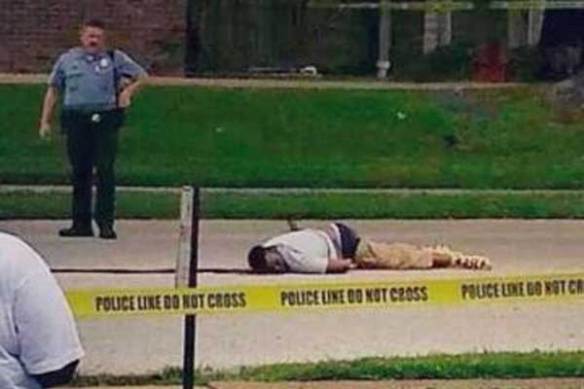 Michael Brown killed by Police lays dead in the street in Ferguson, Missouri

All men (and women) are created equal.
The Constitution, the First Amendment and Personal Freedom are under attack!

“We the People of the United States, in Order to form a more perfect Union, establish Justice, insure domestic Tranquility, provide for the common defence, promote the general Welfare, and secure the Blessings of Liberty to ourselves and our Posterity, do ordain and establish this Constitution for the United States of America.” – the Preamble of the Constitution 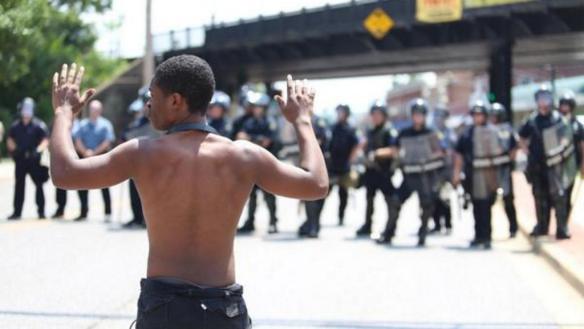 Born and raised in the Midwest, Dan lives in the Chicagoland area. With a grown son from a previous marriage, he has since built a committed relationship of 33 years with his partner Rick, the Love of his Life. Having written his whole life, he blogged for years because he has to write…he can’t help it. Know the feeling? There’s ‘good‘ to be found in all of it. “If all I do is leave someone (or something) better than I found them, then I’ve done my part. Thanks for letting me grace your screen, if only for a little while.”
View all posts by dan4kent →
This entry was posted in Life, Life Lessons, Love, News and tagged ferguson, freedom, hands up, hands up don't shoot, Love. Bookmark the permalink.