“If you don’t get this e-mail, please respond.”

Yes friends, there were clearly consultants in the building earlier this week.

Still scratching my head as to how someone who didn’t get the message would do that, it was already 9:30 and time for our weekly status meeting.

All assembled, we went around the table, each offering a 2-3 minute snapshot of where things stood.  By the time it was Aforementioned Sender’s turn, he was ready to burst with glee.  He was beaming.

“I am pleased to report we had a 100% success rate in this morning’s test broadcast of the new e-mail system.”

And while I truly had no malice or wish to embarrass, I was dying to know if anyone else was as confounded as me, so I took the leap and asked, “So, how do you know?” 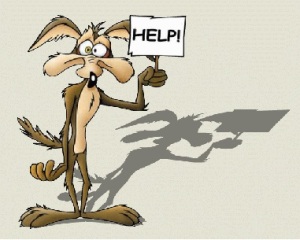 Still clueless to both being the Coyote and right on cue, the Acme Safe already plummeting down towards him from the cliff above, he looked around the room and proclaimed, “Why, it’s been more than 2-hours since the test and not one person has emailed me back”.

There were a few seconds of silence when from the back of the room, one of the summer interns innocently piped up, “I didn’t get any test message.  How am I going to respond [wait for it…wait for it] to a message I never got?”

With that, and a murmur in the room, the simplicity of the question suddenly dawned on Aforementioned Sender (an IT consultant).  To his credit, he didn’t miss a beat. “Good point – we’ll try it again tomorrow with a return-receipt flag.”

Shortly after that, the meeting was adjourned.  Wow!

All of this got me to thinking about e-mail.

Here’s another puzzler: Have you ever gotten an e-mail that had the legal disclaimer in the message footer? 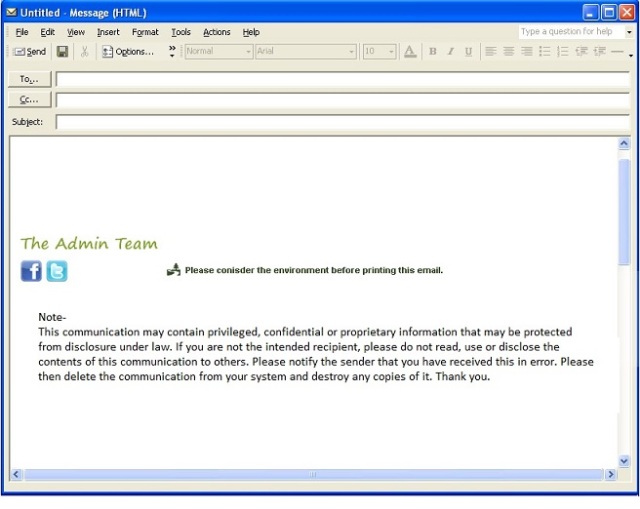 So let me get this straight…If I get an e-mail message from you that was not intended for me, I am supposed to A) not read it. Uh?; B) not tell anyone you screwed up;  C) let you, the Aforementioned Sender, know that I am sorry I got your e-mail by mistake; D) then, DELETE.  That one’s easy and finally, proceed directly to the shredder near me and confetti-ize any existent hard copy documenting your sloppiness.

Here’s the thing, Scooter.  I didn’t send the message.

Why am I going to jump through all the hoops in your disclaimer to fix the trouble on your end?   I’m not.  I’ll hit the DELETE button and go on about my business without even thinking about it twice. 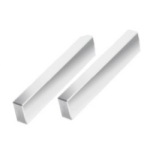 Driving home in evening traffic, a curious set of parallels jumped out in front of me. [Yeah, I know, but that’s how this insight thing works for me…]

There are people in my life who mean more than just something to me.  Do they know it?  Have I sent a clear message addressed specifically to them and asked for a return receipt?

Like the Summer Intern in the meeting, let me pay this one forward for you and ask, “How?”

Having such a complete and finished thought slip up behind me in the time it took to change lanes brought me up short.  I’ve got some maintenance to do with some really special people I’ve let slip into the background.  I’ve already picked out some of them:

“So Cliff, Jean, John and Todd; get ready for contact because I need to know, that you know, how lucky I am to know you; to have benefited from ‘the Glory that is you’.  I’m sorry.  It’s not up to you to alert me of my error.  While I didn’t intend to let you slip out of view – however briefly – it was a mistake and I’ll set it right.” 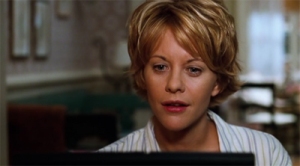 Maybe, just maybe, this is ringing a bell in your Inbox.

I’m not telling you to do anything, so make your own mistakes with gusto, but don’t make the same one I did. And don’t even tell me there’s no one special or once close that hasn’t come to mind as you’ve read my ah-ha confession.

Return receipt. Request it.  You might just be surprised at what comes back. 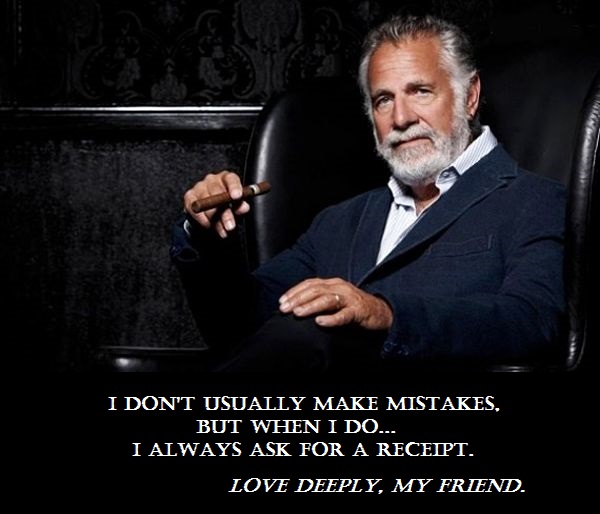 Since our last installment, in Chicago, there have been thirty-four children under the age of 18 killed out of 218 homicide victims as of Wednesday afternoon (July 23rd)

On a larger stage, we’re lesser a Strich, Garner and so many others.

Read in the third position for some of those in that long list.

“I met Elaine Stritch about 70 years ago. She was 19. We had gotten roles in the new Broadway production Woman Bites Dog; she played my girlfriend. During rehearsals I was shocked when they fired her. She was very talented and I liked her. Even then, she had a unique personality and that distinctive voice which she used all through her career. She became a big stage star. Then, as she got older she became a one-person performer who won a Tony Award, was the star of a documentary about her life and up until recently performed in cabarets. She was fantastic and larger than life. I always saw her when I went to New York. She lived in style at the Carlyle Hotel.

Then I got a note from her. She was retiring, she said, after so many years as an entertainer, to be near her family in Michigan. I wrote back to tell her that when I went east again I would stop in Michigan and we could lie to each other about how great we are. I didn’t get there, but I did call her one Sunday last year to check in. She was very excited and we had fun talking about old times.

Last week, she died. Her death was reported on the front page of The New York Times. Inside she got an entire page with photographs of her in action. They dimmed the lights on all of the Broadway theatres –an honor reserved only for the great ones.

Why do I tell you all this? It is the curse of longevity. You lose so many of your friends. Of course you are left with pleasant memories, but that’s not enough. I am beginning to number all the friends I have lost — Jack Valenti, Frank Sinatra, Ray Stark, Tony Curtis, Burt Lancaster, Laurence Olivier.

Elaine Stritch was the latest. She had such a wonderful sense of humor. I will always remember the imitation she did of me from the stage — she used all her teeth. The audience loved that. I’m sorry I didn’t get a chance to laugh with her one more time.

Which is an important lesson for me, even at the age of 97. Keep in touch with those you care about, no matter how much distance and time separates you. Share a laugh. Share a heartbreak. Share life while you can.

What impressed me most about Elaine Stritch, my friend, was how she handled the sad moments in her life. Now, I have to handle a sad moment alone — Elaine is gone.” 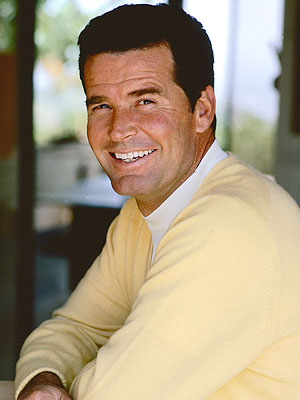 “Amiable film and television actor James Garner, who starred in popular television series “Maverick” and “The Rockford Files,” died Saturday at his home in the Brentwood neighborhood of Los Angeles. He was 86.  Like many popular leading men of Hollywood’s heyday, Garner boasted all-American good looks and a winning personality that carried him through comedy and drama alike. Garner won two Emmys and racked up a total of 15 nominations. He had his greatest impact in television, first on “Maverick” in the ’50s and then in the ’70s on “The Rockford Files,” for which he won an Emmy in 1977. He later appeared in several quality telepics including “Promise,” “My Name Is Bill W.” and “Barbarians at the Gate,” as well as the occasional strong feature such as “Victor/Victoria” and “Murphy’s Romance,” for which he captured his sole Oscar nomination for lead actor…”

The kidnapped girls in Nigeria are still missing.  http://www.bbc.com/news/world-africa-28418681

The nearly two-hour execution of a convicted murderer in Arizona prompted a series of phone calls involving the governor’s office, the prison director, lawyers and judges as the inmate gasped for more than 90 minutes. http://news.msn.com/crime-justice/transcript-shows-concerns-during-us-execution

Gaza bleeds while Oleh Babayev is dead because of whom he was and what he thought. http://news.msn.com/world/mayor-of-central-ukrainian-city-shot-dead

And as a reference to last week, this week’s essay was 715 words.  Maybe departing from Long Form for a couple of weeks is a good exercise and nearly as icky as I thought.

See why he and his work earned “Fresh Pressed”.

Visit Eric and absorb some of his other work at: http://www.ericephoto.com or http://ericephoto.wordpress.com/

email-marketing2 (SOURCE) for If you didnt get this email please respond. pic: http://www.businessmarketingblog.org/effective-email-marketing-tactics/; Wiley E Coyote HELP: http://londononlinemedia.com/wp-content/uploads/HELP.png; Email Footer: Compilation dan4kent; Parallels: http://2.imimg.com/data2/WD/AC/MY-766256/precision-steel-parallels-set-hardened-hrc-50-55-250×250.jpg; Meg Ryan: youvegotmailtrivia: How Well Do You Know: You’ve Got Mail By Tony Kollath: http://www.hwdyk.com/trivia/m/2174/youve-got-mail; The most interesting man in the world (SOURCE) http://www.lvms.com/superspeedway/news/lvms-set-have-most-interesting-command-world.html; WANT TO KNOW HOW TO GENERATE AN E-MAIL RETURN RECEIPT?  GO TO: http://www.andyrathbone.com/2011/06/20/wheres-the-request-read-receipt-feature-in-windows-live-mail/; iStock_000018477154XSmall: http://soloprpro.com/email-marketing-for-independent-communication-professionals/ 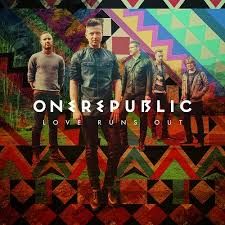 “Till the Love Runs Out”

There is little to compare to tooling down Lake Shore Drive with this tune pumped.  Click on the album cover and then endure the 15-second commercial (sigh) and you will be golden.

The video is tight, right and so well done.  Enjoy the jam. 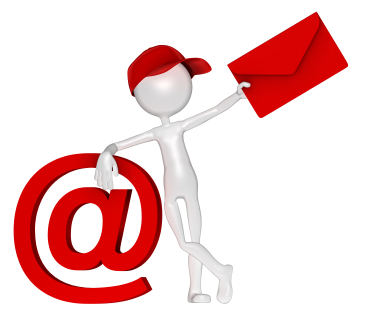 Born and raised in the Midwest, Dan lives in the Chicagoland area. With a grown son from a previous marriage, he has since built a committed relationship of 33 years with his partner Rick, the Love of his Life. Having written his whole life, he blogged for years because he has to write…he can’t help it. Know the feeling? There’s ‘good‘ to be found in all of it. “If all I do is leave someone (or something) better than I found them, then I’ve done my part. Thanks for letting me grace your screen, if only for a little while.”
View all posts by dan4kent →
This entry was posted in Humor, Life, Life Lessons, Love and tagged Elaine Stritch, Eric E Photography, if you don't get this email please respond, James Garner, Love, love one another, return receipt. Bookmark the permalink.