Being all too aware of my singular and linear thinking when it comes to problem solving, I’m constantly in fear of the XY chromosome (e.g. ‘guy gene’). Why? It seems there have been rumors amongst some of the villagers that we guys can be easily distracted. What makes such loose talk frightening to one such as I, is knowing how all someone has to do is show me something shiny and I’ll probably forget what I was doing.

So there it is. Despite all our chest pounding, I suspect we of the XY may in fact, be eminently simple in our constructs. What can I say? And yes, I hear the murmurs of affirmation from the XX readers in the crowd. You already knew this to be true. It just took me and my fraternity brothers a little longer to get off the train at Obvious Station.

But fear not my brothers. Rather than admit our vulnerability to distraction, what do we do? We sagely choose to over-compensate by proclaiming the virtues of being bore-sighted on our objectives; of hunting our prey; of seeing the job through. Anyone who ever played with a G.I. Joe knows distractions like Barbie’s Malibu Beach House must be destroyed at all costs. Our weapons are focus, clarity and discipline. Without these, civilization will crumble and distractions’ chaos would reign supreme.

Besides, how would anyone get any drywall hung?

The same preoccupation with productivity extends into the modern American workplace. With so much of American business management being male, how many of us have overheard an IT person updating members of Management as they walk through mazes of our cubicles: “Yes Sir. As instructed, FreeCell has been eliminated from every lap top and work station in the place”. 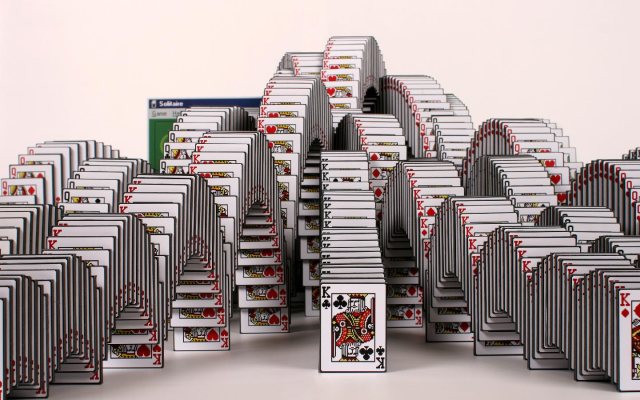 Despite my best efforts, there are just sometimes I can’t help but want to take a break and do something else for awhile. I like Solitaire. Am I lazy? Maybe I’m not the heat-seeking missile I think I am when it comes to work? What if someone sees me playing? Oh my, this is troubling stuff.

With all that said, you can imagine my chromosomal delight when I read a scholarly flagship blog this week which reported (and I quote):

“Research participants were nearly twice as likely to give the correct response to a complex decision-making problem if they were distracted by a simple three-minute number-matching task before being asked for their answers, says a team led by Marlène Abadie of the University of Toulouse in France.

A more-demanding distraction had no such effect: Participants had a 75% chance of giving the right answer after the easy task, but just a 40% chance after a tougher task or if there was no distractor at all. During an easy distraction, the brain seems to unconsciously enhance the memory of a problem’s essence, the researchers say.” (1)

Seems in yet another display of counter-intuitive thinking, distractions like cross-word puzzles or playing a few minutes of a computer-based card game seem to play a powerful role when it comes to solving the really big and hairy problems we face every day.

Fearing this might be just too good to be true, my X and Y wanted more research. Inquiring genes want to know. Not long after that, my heart skipped a beat when I read about the research Dr. Jonathan Schooler (UC Santa Barbara) is doing. Seems his findings have caused him (another guy) to reconsider the bad reputation of mind wandering: 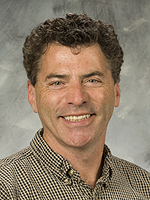 “Although we often complain that the brain is too easy to distract…mind-wandering is an essential mental tool. “Just look at the history of science,” he says, “The big ideas seem to always come when people are sidetracked, when they’re doing something that has nothing to do with their research.”

He cites the example of Henri Poincare, the 19th century mathematician, whose seminal insight into non-Euclidean geometry arrived while he was boarding a bus. “At the moment when I put my foot on the step [of the bus],” Poincare wrote, “the idea came to me, without anything in my former thoughts seeming to have paved the way for it…I did not verify the idea; I should not have had the time, as, upon taking my seat in the omnibus, I went on with the conversation already commenced, but I felt a perfect certainty.” Poincare credited his sudden mathematical insight to “the work of the unconscious,” which continued to mull over the mathematics while he was preoccupied with unrelated activities, like talking to a friend on the bus.

In his 1908 essay “Mathematical Creation,” Poincare insisted that the best way to think about complex problems is to immerse yourself in the problem until you hit an impasse. Then, when it seems that “nothing good has been accomplished,” you should find a way to distract yourself, preferably by going on a “walk or a journey”. [Schooler goes on to reference Dr. Richard Feynman, the Nobel Prize winning physicist, who preferred the relaxed atmosphere of a topless bar, where he would sip 7-Up, “watch the entertainment” and, if inspiration struck, scribble equations on cocktail napkins.]”

While I needed the affirmation from the world of stone cold academia and an odd reference about bar-hopping, I think woman have had this figured out for years. I remember how my cousins and I knew when Grandma had a lot on her mind when she’d say, “I’m going out to weed my tomatoes”. There were never any weeds in her renowned garden, but that wasn’t really the point. Back then, she understood the need to do something mindless for a little bit.

Smiling at the memory of it, I next stumbled across references to the big brain and larger heart of Maya Angelou. Seems that no less than she keeps her ‘little brain’ busy so she can unlock her ‘big brain’ for important matters by playing (wait for it) Solitaire. Now I’m in hog-heaven! Turns out maybe it isn’t really a guy or a girl thing after all. It’s a human thing. Maybe we guys just needed a little more cover for our pride. Either way, there’s magic in weeding tomatoes.

I’ve had several big decisions hanging over my head this week…decisions that can really impact our quality of Life in the future. I was in the car so I couldn’t hit some tennis balls or weed any tomatoes. But what I could do floored me in its simplicity. As I pulled onto the expressway, I conducted an experiment. I turned off the radio and just drove. I focused on checking my mirrors, minding my speed and using my turn signals. And you know what? By the time I got home, I had a genuinely better sense of just how to approach the puzzles presented me…puzzles I hadn’t been thinking about as I made my way home. Who knew?

We have already established I’m simple so I know this treatise doesn’t solve global warming, but I am suggesting the next time you’ve got a big problem, try it for yourself. 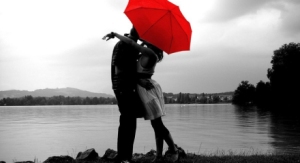 Do something ‘simple’ that has nothing to do with your dire situation. You may love to paint or play with Matchbox cars as much as I love hitting tennis balls. And while I’d love to pull out of my real-life arena and go play tennis for a few hours, it’s not always practical. I propose you should conduct your own experiment.

Pull up solitaire for a few minutes.

Reach for your crossword or your Sudoku.

Replace the batteries in your little video poker game. Or maybe for you, it’s cleaning a sink or transplanting a geranium. If the order in which your CD’s are stacked offends your OCD, rearrange them in ascending order. Taking the dog out for a walk isn’t bad either. What it is for you is up to you, not me.

All I’m saying is set down your burden every once and awhile and do something that is quick and sort of mindless…something easy for you to activate at a moment’s notice. Point is to just look away for a minute or two. Do that and I suspect you might just see the solution you were searching for has been there all along. How did I know? It was in the cards. Your deal.

ROBERT CALDWELL (23 Years) The smart one. Caldwell leaves behind his wife and a 5-year old stepson.

ERIC MARSH (43 Years) Hooked on Firefighting. Marsh leaves behind his wife and son.

GRANT McKEE (21 Years) Loved to Give Things Away.

BILLY WARNEKE (25 Years) Doing What He Loved. He leaves his expectant wife, Roxanne.

GARRET ZUPPIEGER (27 Years) A Red Beard, and a Sense of Humor.

“The Prescott Granite Mountain Hot Shots (pictured above), is one of the elite Interagency Hotshot Crews (IHC) deployed as needed to major wildland fires throughout the nation.”

“The Hotshots crew had deployed Sunday to what was thought to be a manageable lightning-caused forest fire near the small town of Yarnell, about 60 miles from Phoenix. Violent winds fueled the blaze and trapped the highly trained firefighters, most of them in the prime of their lives. The Hotshots deployed their fire shelters, which can briefly protect people from flames, but only the crew’s lookout survived.

It is the nation’s biggest loss of firefighters since 9/11.”

PHOTO CREDITS and ATTRIBUTIONS:  Banner Coastal Redwood Forest by Eric E Photography is used with permission.  Visit Eric and see his other work at: http://www.ericephoto.com or http://ericephoto.wordpress.com/

Born and raised in the Midwest, Dan lives in the Chicagoland area. With a grown son from a previous marriage, he has since built a committed relationship of 33 years with his partner Rick, the Love of his Life. Having written his whole life, he blogged for years because he has to write…he can’t help it. Know the feeling? There’s ‘good‘ to be found in all of it. “If all I do is leave someone (or something) better than I found them, then I’ve done my part. Thanks for letting me grace your screen, if only for a little while.”
View all posts by dan4kent →
This entry was posted in Humor, Life, Life Lessons, Love and tagged distraction, FreeCell, problem solving, self love, solitaire. Bookmark the permalink.

19 Responses to IN THE CARDS