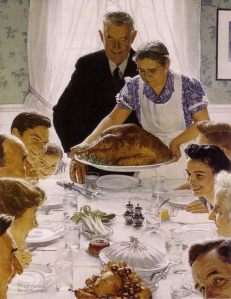 One of my guiding principles I’ve since reactivated in running my life has been ‘pick a brick‘ which is my mental shorthand for something I learned early on from an old wise white headed Soul. The fuller quote is: “Everything you do is a brick in your house. Everything you say, a window”. Wow. Isn’t that just it in a nutshell.

This week, I’ve noticed my co-workers and just how much time they spend in tending to the data flow from IM (‘instant messaging’ for the benefit of the more tech-impaired amongst us). Then, there’s EM (‘e (electronic) mail) and Google (home of G-Mail and the worlds bazaar). Not to be outdone, Facebook (a little more bizarre) and IT (yes, Alex. What are I-Tunes?). From my perspective, it looks overwhelming. But wait a minute.

Who has that much to say, about anything that got any substance? Sometimes I’ll even track for a ratio of what’s really meaningless vs the number and duration of what are meaningful or otherwise helpful conversations….today.  See for yourself.  Keep a running tally on a sticky note and see what if you don’t see I what mean in your own terms. My hunch is we end up with a better handle on what counts and, what doesn’t really matter so much.

What I do, with each thing I do, counts for something. Neither is it about the length of a to-do list. The real game in town is all about ‘substance’. Hard to do but oh so easy to say. So much chatter.

This week, I thought about all the ‘talk’ and reaffirmed (again) what I’ve always believed. All the chatter is just a window, albeit a very good one, into a gnawing doubt causing my younger co-workers to question if they even have a clue about much of anything. I get it. Then or now, it was that great great cartoon hunter who said it best, “vewwwy sccaaawwhhhhee”.

I get it. I do. I understand how important it is to not be the last one to know anything…about anything. Keeping up with getting all that intake done – and done quickly, is going to be exhausting for anyone. If you don’t think that applies to you, you’re all wet from wading in Denial.

From time to time, my work Email gets a request from someone to ‘take back’ an Email they’ve already sent. Then there’s me having made the choice to do my work in such a way as to minimize the need for me to ever have to go back and do it over. Efficient and ethical; a 2-for-1 sale…such a deal. So in office speak, I mutter something to myself that sounds an awful like, “Yeah, right…why should I let you off the hook for you sending something out that wasn’t what you intended AND you’ve spent some of the time in my daily bank. Why bother?” So without fail, I choose to not further embarrass the sender by not even acknowledging their request for a do-over.

Interesting to me how our technology, fashioned by us, reflects us. I’d go even further and say that in the right time and place, it gives us a window in the clues Nature is giving us anyway. NEWSDESK: “This just in; ‘All kinds of things bloom, go to seed and then die…only to come back in a new form the next Spring’”. Yes, I do think it’s true that next Spring’s model isn’t actually and always the same tree, flower or vegetable, but it is also true that whatever the form, it owes its birth to the preceding one.

And yet, for all of that, we Humans (aka, the ‘evolved ones’), act surprised and reflexively double-down on protecting the memories of the Past when we feel the communal/family fabrics we operate begin moving under our feet. Functionally internalizing the idea that what we do now matters because all fundamental human relationships have a life span. Plant well. Eat well. There will be inevitable shifts, splits and realignments. It’s just how the Seasons work.

What I’m grateful for this year, is having internalized the understanding that any of my efforts at keeping anything the way it was are always going to be exercises in futility. Robins fly.

When it comes to my interactions in Rick’s/Mine family, I’ve been struck at how important it has become to me to determine which of my dealings with Rick’s/Mine family, need to be bricks (worth) and which need to be windows (authenticity). This is not a bad thing. From the perspective of what it means to be a forward-looking statement, we have a direct and daily, day-in-day-out hand in what the Springtime is going to produce. Think about it. Everything farmers do has to do with Springtime. Can we say the same? Interesting. 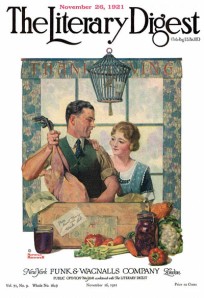 I was so grateful to have spent Thanksgiving Day with Rick’s family in Indiana. They are mine and I am one of them. My anticipation of the day had been building for weeks. Hearing the NUMEROUS long-distance conversations about menu selection, division of preparatory labor, yada-yada made ‘making it happen’ a big priority. We were going to carve out this one day for ourselves with them.

The rental car reservation was made weeks ago. Grocery trips of late took on a sybillesque and tangible duality of what to have for dinner and what was destined to be on the Thanksgiving platter menu.

Working a late shift and only having the one day off, we left after-shift, getting to the house around 3AM. Sleep or no, it wasn’t long after daylight before the kitchen in the Uncle Lee’s house came up to a hum with a determined sense of purpose. As if nodding to all the planning, aromas began to testify that good things were happening – as planned. Excellent. In fact, there were a few unanticipated moments where I caught the presence of a tear in one or both of my ducts. I was so very (and simply) thankful, just to be there. For all the foolishness, I do feel safe when we’re there. 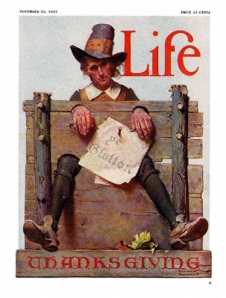 We were there with people who loved me (and us)…people I’ve cried with (and for). Topics of our conversations range from the latest Powerball, the price of gas, oh and then there were the recent surgeries. And new kids, some now tall and some still pretty new. Knowing we only had the one day and night before I had to be back for work did pressurize my awareness of making each minute of it that much more important. What if it’s Uncle Lee’s last Thanksgiving (or just one in a dozen more)? Those questions made the day mean even more to me.

And then? The phone rings: one of the extended 2nd cousin (kind-of family) had a suicide attempt that was going to keep them from the table. Back to brick and windows for a minute…I’ve never even met this young relative. I’ve heard of him. I know the people I know, know him and his legacy of late. What was happening with him was rippling across a lot of lives, mine included. Remarkable.

Phone rings. Another re-married relative felt it necessary to spend time with his wife’s family instead of his own. “I’ll stop over later” (just him). Bam! In the span of just a few hours, and despite all the planning, the number of Walton table settings shrank to just a handful.

Now here’s the weird part. The changes didn’t really upset me at all. I’ve come to know chaos is part and parcel of the in-laws and out-laws that are my people. Yes, we had planned. And We were there. It was noted. There were (now local) phone calls back and forth…brief visits from one representative of one respective branch of the tribe or another. So too, were unanticipated arrivals of related friends, all happy to be sharing in the holiday tradition of gathering. I was floored to see how us being there, mattered to people who couldn’t be. Wow! Such a quiet powerful face paints a new definition for how I process my dealings (bricks or windows). I am so grateful to have loved ones to worry about – and fuss with – laugh with. L-O-V-E (an ongoing project).

While the thoughtfully planned (and executed) Norman Rockwell spread hadn’t unfolded as planned, our commitment to our Day of Thanks showed me both its’ stunning execution on, and persistence in, finding new ways to surface inside us. As I’ve alluded to in other posts, Life finds a way. It is simply and flawlessly doing what it does in the messiest of manners.

It was in that respect, I saw the Family I’ve come to know turn ever so slightly, beginning to evolve and sort of die – all in one motion. All in favor of the new one already springing up from the seedbed of days that weren’t all that long ago. The fabric of the family I’ve forged isn’t disintegrating, it’s simply in the early stages of re-weaving itself into the next passage of the trip that has been my rug thus far.

I’m thankful to be reminded that for all the hoopla, it isn’t ultimately about the magnificent menu, as much as it was to touch bricks and windows each time we get to tell someone (live and in-person, in the eye), “I’ve missed you”.

All I’m suggesting is maybe you take 10 or 20 minutes sometime this week to think about what you’re doing with your brothers, sisters, cousins, nieces and nephews. Bricks or windows? Who needs what and where? Now.

So Friday morning has arrived and we must leave. Time to start the drive back so I could make work. Walking up to him, I gently hugged frailer-than-I-remember Uncle Lee being, goodbye and whispered in his ear, “I love you”. He whispered back, ‘I love you too. Be careful’. For the rest of my time on the planet, no one will ever be able to unsend me that message from him.

I am a very lucky man. The only thing I have to do today is treat each thing I do or say as a deposit on something that will come back to me now or next Springtime. Here’s to making your picks this week ones that stick. No do-overs.

An excellent overview of a career that spanned much of our TV lives: http://www.latimes.com/entertainment/tv/showtracker/la-et-st-larry-hagman-dallas-jeannie-video-20121124,0,3337015.story 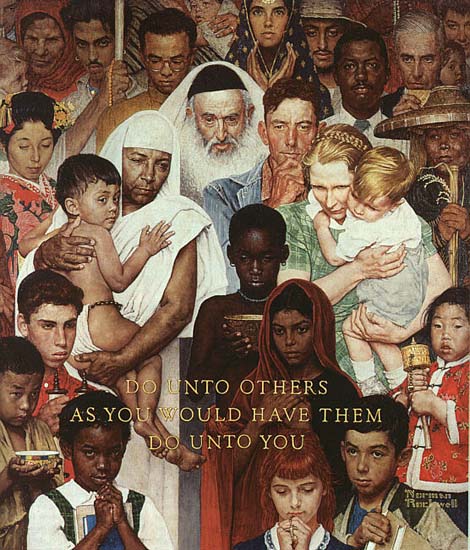 Born and raised in the Midwest, Dan lives in the Chicagoland area. With a grown son from a previous marriage, he has since built a committed relationship of 33 years with his partner Rick, the Love of his Life. Having written his whole life, he blogged for years because he has to write…he can’t help it. Know the feeling? There’s ‘good‘ to be found in all of it. “If all I do is leave someone (or something) better than I found them, then I’ve done my part. Thanks for letting me grace your screen, if only for a little while.”
View all posts by dan4kent →
This entry was posted in Gay, Hope, Humor, Inspiration, LGBT, Life, Life Lessons, Love and tagged Brick, changing famiies, Facebook, Family, Gmail, in the moment, Love, thanksgiving, window. Bookmark the permalink.

2 Responses to PICK A BRICK