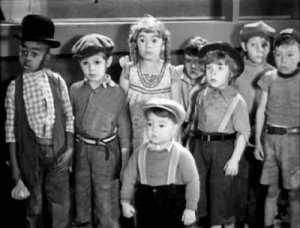 We now return you to your program already in progress [cut to ‘The Willow Tree” by the creek in my boyhood neighborhood]:

Becky: Is so. No tap-backs.

Dan: Is not. No double tap-backs. Infinity.

What is it that is so alluring about needing to have the last word?

I’m not entirely sure, but there’s no doubt society thinks it’s a big deal. Think about it. Any time a parent has put one of the urchins on ‘time-out’, they’ve done the same thing on a much smaller scale. Or how about another crowd favorite? The ever angst filled moment when the cleric asks, “If anyone here knows of reason to object to this wedding, speak now or forever hold your peace.”  That’s got a last word quality to it, doesn’t it.

Representing the ‘Pigs Can Fly’ superpac (PCF United) are judges who can bang their gavel and the lawyers have to shut-up and sit down. I just love that. I am impressed Society puts such weight into making somethings clear (or not) about what is ‘socially acceptable’ — or not. For centuries, cultures around the world have perpetuated the ritual of the executioner asking the intended if he/she had any last words. See. There it is again. 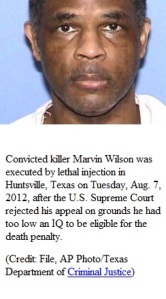 (CBS/AP) HUNTSVILLE, Texas – The state of Texas executed convicted killer Marvin Wilson Tuesday, after the U.S. Supreme Court rejected his lawyers argument that he shouldn’t have been eligible for the death penalty due to his low IQ. Wilson, 54, was pronounced dead Tuesday evening after receiving a lethal injection at the state prison in Huntsville.”

What did he say? Did he? Who heard it? What did what he might say mean to everyone else impacted by a sad, bad picture? 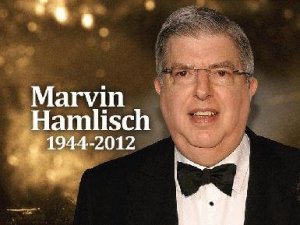 New York (CNN) — Broadway’s bright glow will dim for a moment on Wednesday in memory of the late Marvin Hamlisch, a prolific American composer who died this week after a more than four-decade long career that spanned film, music, television and theater….

His musical ensembles and “old-fashioned” style made him a favorite with Hollywood elites, theater-goers and dignitaries, and earned him three Oscars, four Grammys, four Emmys, a Tony and three Golden Globe awards — one of only 11 people ever to do so, according to The Broadway League, a trade group for the industry. He died Monday at the age of 68.”

With full respect and understanding of the family, sometimes there’s just a little part of me curious all the same. For some reason, I would just like to know what their last words were. I am not, nor would not press for such intimacies. Not my place. But then again, wouldn’t it be cool if a guy like him shared just a tidbit of his understanding of how things really work – with us? My hunch is whatever he said, it would be pretty simple. Or consider this…what if Hamlisch and Hatch had each come to recognize some core and common Truth we all have in common?

And another thing…Why is it we get so frustrated when our ‘complicated things’ are shown to be neither mysterious or complex? Why is that the one mirror we don’t want to look in?

Looking back, my grandfather got the balance between Known and Unknown just right. I have wonderfully glowing memories of my grandfather. One of them unfolded over the course of one particular summer. Whenever the opportunity naturally presented itself, he took the moment to point out things around the house he wanted each of us kids to have. Wearing his roll of masking tape around his wrist, he’d tear off a strip and put it on the bottom of the item. Then he handed us his carpenters pencil and told us we could write our name on it. To this day, the digital quality video etched in my brain during those few minutes can still take my breath away. 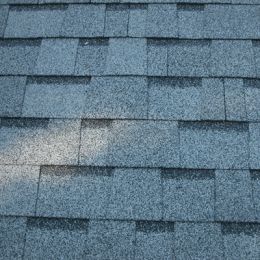 It’s amazing that even though he was in his 80’s, he was the absolute picture of health (except the hearing aid thing from WWI). His decision to pass a bit of the torch to each us was amazing. The method he chose as a means of being open with us about death was nothing less than everything it needed to be, and nothing it didn’t. He helped us know that sooner or later, it was going to come to all of us. We believed him when he talked about it as being no more dramatic than what sunrise is to sunset. It helped us face what we knew would happen at some point in the future.

The first time I ever got to re-roof a house was helping grandpa put a new roof on his house that same summer. For the better part of a week, the two of us toted rolls of felt and bundles of shingles. Both of us wearing our carpenters aprons (can you stand it?), we worked to the point when we were hammering late into the afternoon. Grandpa and his wiry farmer’s constitution knew how to work. By the time we’d have iced tea at the end of the work-day, the old man would smile to himself as I made sure my weariness was apparent. And the work held its’ merits. The quality of his work still constitutes my definition of ‘craftsman’. By the next Wednesday, we were standing across the road, looking back at the house and its new ‘hat’.

Friday morning, Grandpa called our house, calmly telling my mom that he wanted to go to the hospital.

Saturday, calls were made to come. The doctors said Grandpa was dying. No cancer or anything seriously wrong…he was simply dying. Hospitals not being very kid-friendly back then, we kids were told we’d each get a minute or two to go in and talk to Grandpa by ourselves.

I went in – afraid of what I was going to see, but there he sat, looking a little exasperated at all the hovering aunts and uncles. Shooing them all out seemed to make him feel better. He looked fine. A little tired perhaps, but fine. “You OK boy?”  Yes. “How’s the roof?”  Good. A quick smile flew across his face and he said, “Good”. Hesitating for a few seconds, I said, ‘I love you, Grandpa”. “I love you too.”

He died on Sunday – peaceful and on his terms. He’d tended to his affairs, said what needed to be and knew it was his time. 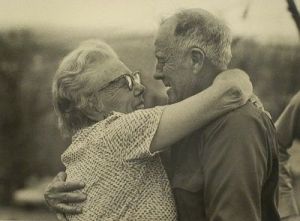 We’ve all watched when the television reporter asks a couple (who happen to be celebrating their 60th wedding anniversary) what the secret to their success is. Invariably, one of them will pipe up and say something about never going to bed mad at the other one. While I haven’t always been able to live up to their axiom, I do think it’s good counsel. I never really thought about it till the other day, but I realized I never leave the house without saying, “I love you”. Each time we choose to tell someone we love them, we’ve eliminated the horrible prospect of being the one left saying, ‘I wished I’d told him (or her)…’.  My grandparents weren’t at all gushy with their affection but I remember hearing them say “I love you” hundreds of times. Maybe Grandpa knew what he was doing.

Try this one on for size: The next time you’re about to say (blank, blah, blank) to (you know who), ask yourself: Is this the last thing I want them to remember about me?

How awesome to be able to give someone the gift of saying “Hey…I’m so glad it’s you.” And if you don’t have that person?  Be of good courage.  True Love finds all of us when we least expect it…usually while we’re busy learning how to love ourselves…sometimes for the first time in a very long time.

Last word. “I love you. No double-tap backs and infinity”. 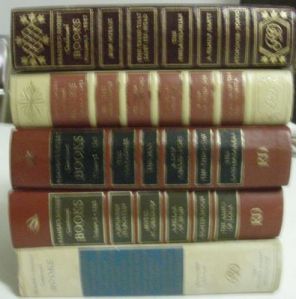 PS: Last last word. My masking tape was on his Bible, his Readers Digest Condensed Books and the telephone table he made as a teenager. I’ve still got ’em.

READ MORE ABOUT IT:

Born and raised in the Midwest, Dan lives in the Chicagoland area. With a grown son from a previous marriage, he has since built a committed relationship of 33 years with his partner Rick, the Love of his Life. Having written his whole life, he blogged for years because he has to write…he can’t help it. Know the feeling? There’s ‘good‘ to be found in all of it. “If all I do is leave someone (or something) better than I found them, then I’ve done my part. Thanks for letting me grace your screen, if only for a little while.”
View all posts by dan4kent →
This entry was posted in Hope, Inspiration, Life, Life Lessons, Love and tagged Grandpa, last word, Love, Marvin Hamlisch, marvin watson, saying i love you. Bookmark the permalink.